This is one of the hardest posts i’ve ever had to write… especially hard because I had to write a similarly hard one in June.

2016 will forever be the year that my family lost the two bestest friends we’ve ever had. In June, we lost our wee girl Mirinda, and just last week her brother, Fanta, aka Fanta McFats0n of Fatsville Tenessee, also left this plane of existence. 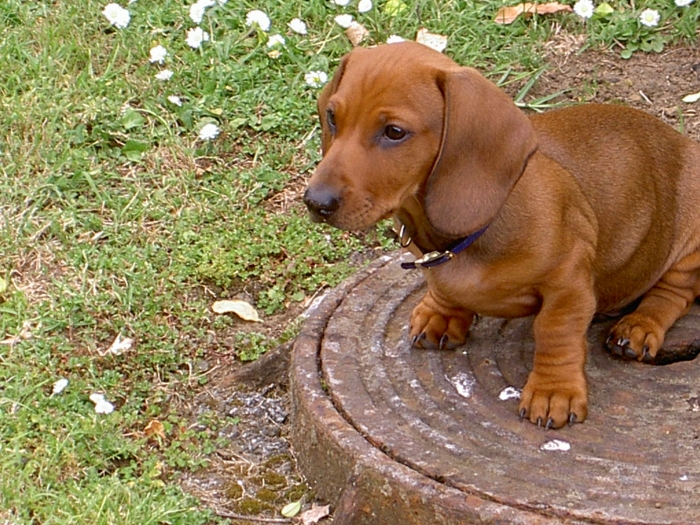 Fanta has lived with us for thirteen years. Here is a photo of him right from the early days, where he was a wee squidgy puppy. 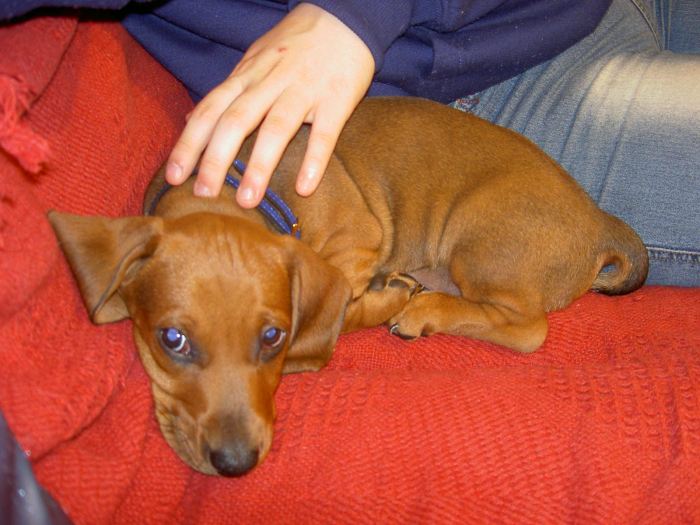 As he grew, his personality grew too. Like most dachshunds, he was utterly obsessed with food. Often strangers would accuse us of starving him, such was his need to steal, beg, and take food.

He also loved to sleep.

Here he is asleep on his favourite blanket. That was a blanket he had claimed from the beginning and after chewing it and associating it with his aroma, it became his blanket. Last week, when we laid him to rest underneath our brand new lemon tree, he took his blanket with him.

Such was his need to curl up and sleep that for the last thirteen years no one has been able to just ‘jump into bed’, if there is a pile of cushions, or blankets anywhere, you always have to check that you aren’t squishing a curled up puppy. This last week, I keep checking out of habit, but you’re not there anymore.

After nearly two blissful years of lone puppy love, his sister Mirinda came along, and the photos of Fanta became photos of a weird black/brown blob. They loved each other fiercely, and Rindy, even though small in stature would growl and attack anyone or anything she thought was threatening our family. This often landed her in hot water, and it was always her big brother (who normally wouldn’t bat an eyelid) who rescued her. 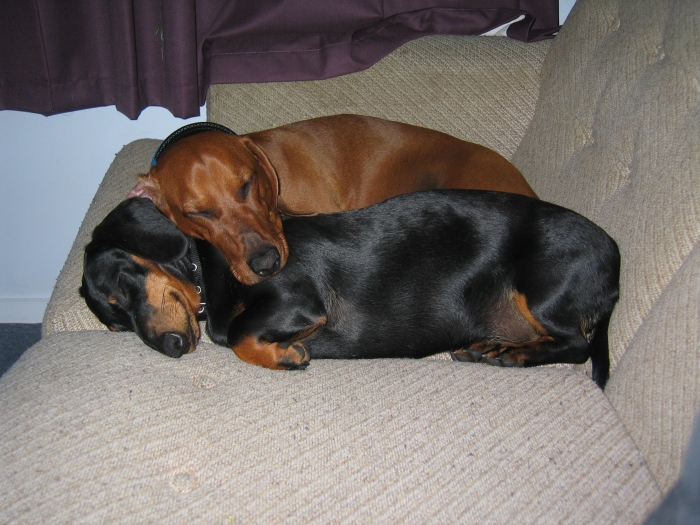 My dearest friends… you have been loyal and loving and beautiful.

I don’t normally believe that there is any such thing as an afterlife, but perhaps, just perhaps, when it comes to the puppies we’ve known and loved, there just might be something mysterious out there that we don’t understand just yet.

The force of their personalities, the fierceness with which they loved us, I find it hard to believe that it has died, and that it hasn’t just moved onto somewhere else.

Dearest dearest Rindy Roo and Fatsin, we all will miss you so much. Every day we wake up and its like there is something missing. A hole in our hearts and our home that can never be filled in again.

View all posts by vivster81

This site uses Akismet to reduce spam. Learn how your comment data is processed.